To celebrate their shared history and commemorate their founder George Stranahan, Stranahan’s Colorado Whiskey and Flying Dog Brewery created two new specialty products for what they call The Osopher project. Having collaborated over the years to share beer mash and barrels, The Osopher project marks the first joint product release for the two companies.

George Stranahan – astrophysicist, writer, photographer, entrepreneur, rancher, and philanthropist – founded the Flying Dog Brewpub in Aspen, Colorado in 1990, a decade after discovering the “flying dog” while on a mountaineering trip to K2, the world’s deadliest mountain. The Flying Dog brand expanded to become one of the top 50 production breweries in the U.S. and continues to this day to produce world-class beers at its brewery in Frederick, Maryland. 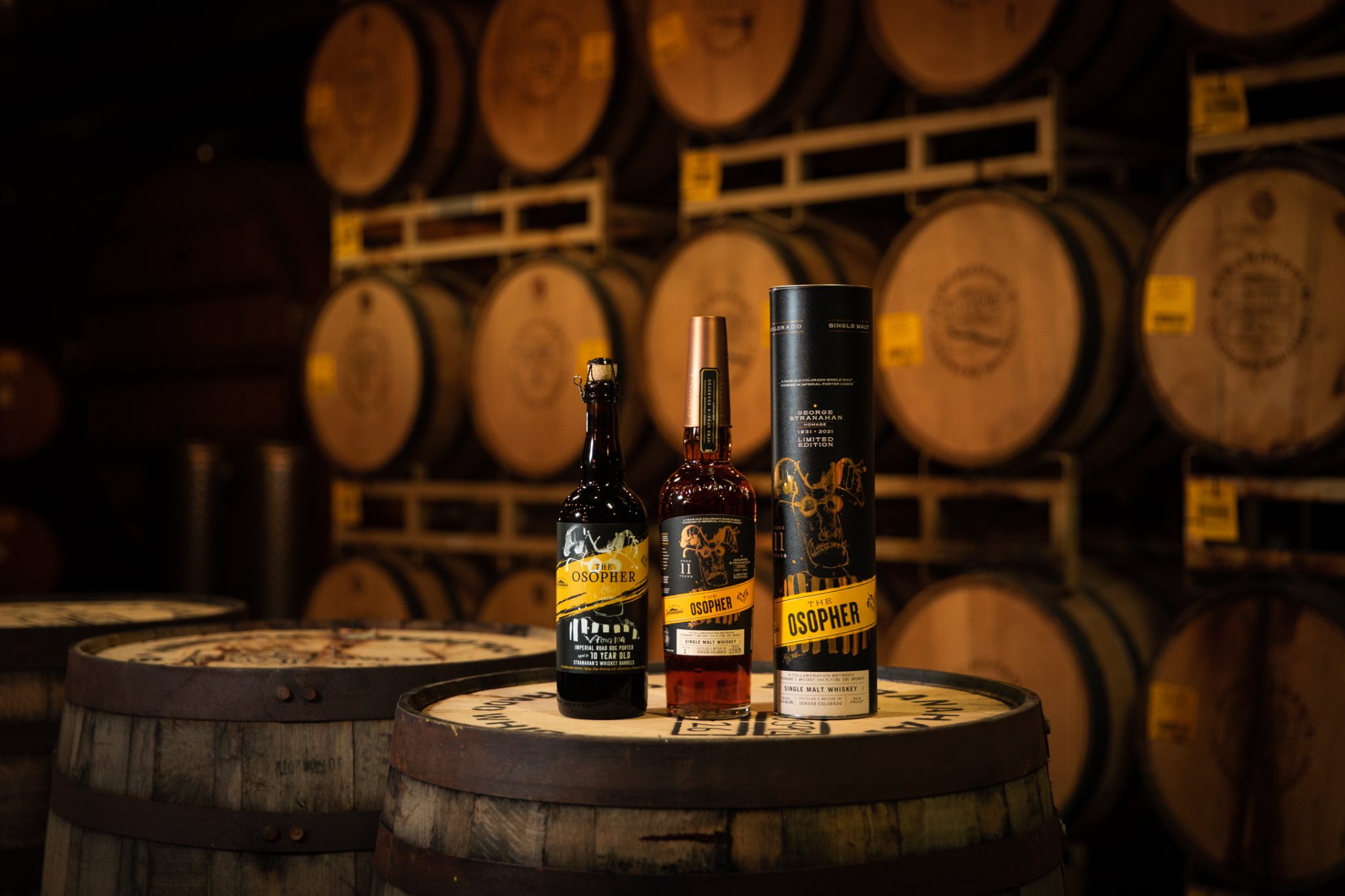 For this launch, using three of Stranahan’s 10-year-old whiskey barrels, Flying Dog has brewed The Osopher, an imperial version of Road Dog, one of the first beers George Stranahan ever crafted for the brewery in its 34-year history. Road Dog is also the beer mash used in the original Stranahan’s Whiskey. Once the barrels were emptied and the beer was bottled, Flying Dog sent back the barrels for Stranahan’s with which to fill a new batch of whiskey with an accelerated aging process.

The result from Stranahan’s is The Osopher, the oldest whiskey Stranahan’s has ever put in a bottle. The Osopher stays true to both George Stranahan’s passion for creativity and the Stranahan’s distillery’s commitment to innovating American Single Malt Whiskey. With 11 years of aging and four months spent in Imperial Porter barrels, this is the oldest release ever bottled by Stranahan’s.

MONDAY, AUGUST 22 AT THE STRANAHAN’S DISTILLERY

Stranahan’s The Osopher is an ultra-limited release that retails for $159.99 and will be available exclusively at the Stranahan’s Distillery in Denver, Colorado.

Whiskey bottle purchases are limited to two per guest. Due to the limited quantity of bottles, we strongly encourage guests to arrive at the start of the release to ensure availability. Flying Dog’s The Osopher will not be available for purchase at the distillery. Consumers are encouraged to visit the brewery’s Beer Finder to locate inventory.

Both Osophers will feature artwork by Ralph Steadman, long-time friend of George Stranahan and an acclaimed artist and illustrator who has designed the labels and artwork for all Flying Dog beers for over 30 years. Limited edition posters and merchandise featuring Steadman’s artwork will also be available for purchase at the Stranahan’s Distillery starting on Monday, August 22.

Are You Of Legal Drinking Age?